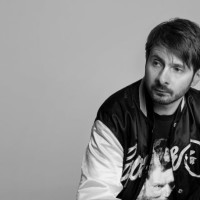 He is a man of many names: K-Paul, Käosklub,Fuchs & Horn, Kai Paul from East Berlin and K-Paul, one half of Lexy & K-Paul. The dance music duo was founded in the 90s, during the golden Age of techno when the Love Parade was still hip, the Internet not bad yet, when parties were somehow more laid-back and minimal was not the hot shit yet. Freak. The Greatest DJ. Electric Kingdom.K-Paul proved himself as an expert studio wizard shaping the sound of the world’s most enduring and dynamic techno- electro-duo ever. He then decided to make an appearance not only as a producer and DJ but also as a performer.